Posted on September 5, 2013by SmokeMasterAllenD

Hey Mike Adams! You should read this blog and its links at least twice, and then Take Appropriate Action. 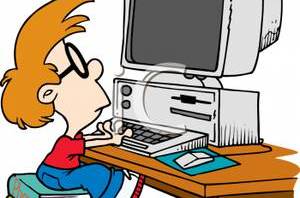 I am convinced a hit team is in Coos Bay.  If so, this would be the Mafia and not the Feds (in all likelihood).In regard to the Mafia having a hit team actively following me… I don’t give a whit if they kill me or not. They are doomed if they kill me, because DUE TO THE POWER OF THE INTERNET EVERYONE WILL KNOW… AND THE PATRIOT MOVEMENT WILL BE TAKING OVER AT SOME POINT.

IF I AM KILLED IN THE NEXT TWO MONTHS, OR KILLED BEFORE I DO SOME REALLY GOOD VIDEOS AND GET THEM ON YOUTUBE AND NATURALNEWSTV.COM, I PRAY THE PATRIOT MOVEMENT WILL REALIZE THAT THEY NEED TO ROOT OUT THE MAFIA FROM AMERICA AFTER THEY TAKE OVER, EVERY SINGLE ONE OF THEM (if at all possible).

Both America and the World will gain from the fact that when I first decided to heroically stand up to Big Pharma and other Powers in the summer of 2000… I knew that in doing so I was going to lose my life at some point.

I am not Jesus Christ, but he sure seems like a Soul Brother to me. I Obeyed His Key Concepts, and I have no regrets.

God is in charge of our Destiny it seems.

Despite the fact that God is in Charge of the Destiny of my WordPress Collaborative Patriot Team and myself… God is not going to act in our behalf by performing some miracle of some sort.

It really comes down to People… and “the little piece of God in all of us”.

An Internet Famous person such as Mike Adams, David Icke, Jeff Rense, George Noory, Alex Jones, etc. sure could be of enormous help to my WordPress Website Development Team By Broadcasting to the World Our Dire Plight Over the Internet.

Our WordPress Collaborative Patriot Team is Deeply Thankful to Jim Humble in the Alternative Medical Arena, a WordPress Blogger named Lesley Carter, and a man of God named Dennis Spain for doing this for us some months ago.  These folks are perhaps the only significant persons that have become aware of us and/or are brave enough to publicly stand up for us on the Internet thus far.

Where are the heavy hitters on the Internet, such as those named above.  Why won’t they help us?  Are they not aware of us yet?

Below is a Set Of Patriot WordPress Blogs Well Worth Reading. It is >>>Your Patriotic Duty<<>>Share Many of These WordPress Blogs<<>>With All Your Facebook, Google+, Twitter and other Internet Friends! Don’t Be Scared… there are too many of you. They cannot kill you all.

3) Between Bradley Manning, Eric Snowden, Dean Garrison, My Heroic WordPress Collaborative Patriot Team, Google, Facebook And The Power Of The Internet… The Feds Are Done!

4) A Complex Battle Between At Least 21 Power Structures Is Now Underway; REVOLUTION SOON Is The American Public’s ONLY CHOICE

5) The Patriot Movement, The American Taxpayer And Silicon Valley Ought To Offer The American Mafia 100 Billion Annually…

6) Google, Other Corporate Internet Powers And The Mafia Should Try To Negotiate A Mutually Beneficial Deal To Salvage America (8-16-2013)

9) Federal Government, Wealthy Elite, and Mafia Suppression Of Truth Is The Norm It Seems (6-24-2013)

13) A House For WordPress Patriot Activists Should Be Philanthropically Established

17) The Patriot Movement Is Exploding In America; Google Makes Searching 4 The Current State Of Truth So Easy!

19) Allen D And His WordPress Collaborative Patriot Team Threaten More Money, Power and Prestige Than Any Group Of People In History

24) If They Come for Your Guns, Do You Have a Responsibility to Fight? – A Historic Blog Written by An American Hero Named Dean Garrison (2-23-2013)

Writing, to me, is simply thinking through my fingers.Isaac Asimov

WordPress Blogging, to me, is a Joy Beyond Compare at this point in time! That’s No Lie! I know I’ve got ‘em Beat! Even if they kill me to stop me from “Going Video”. Checkmate!!!Allen D

I do not like to Start a Revolution – I like to have Concluded It, non-violently if at all possible.Allen D

Writing is the only profession where no one considers you ridiculous if you earn no money.Jules Renard

I sure could use a little fiscal help from my Fellow Americans, if you can find a way to get it to me “without the bad guys snagging it or blocking its arrival”. I am almost dead broke due to setting up the homeless in the woods with all the gear needed, and now I need car insurance and an Oregon License, and I need the Penalty Costs of Driving Without Insurance ASAP. If we lose our wheels the whole thing I set up here in Coos Bay falls apart in about a week.

Despite the fact that God is in Charge of the Destiny of my WordPress Collaborative Patriot Team and myself… God is not going to act in our behalf by performing some miracle of some sort.

It really comes down to People… and “the little piece of God in all of us”.

Someone driving up here from the Silicon Valley area (Or DRIVING To Coos Bay Oregon in September FROM ANYWHERE) and handing me $5,000 or more in cash FACE TO FACE would be More Than Appropriate. Allen D

Sometimes when I think how good my book can be, I can hardly breathe.Truman Capote

It has been represented that the Bible is “The Greatest Story Ever Told”. If the story of what I have went through in the past 19 years or so was ever told in a cohesive and well written fashion, it would sure give the Bible a run for the money in regard to being “The Greatest Story Ever Told”. That’s no lie! I don’t think I am going to remain alive enough to write my story, but perhaps my WordPress Collaborative Patriot Team will find a way to get this job done after I am dead and buried by either the Mafia or the Feds.Allen D

My last wish is to complete some really decent video material in the next 100 days or so. People don’t read as much as they used to. Many would rather see a video rather than read. I sure hope I make it until Christmas 2013 in order to complete this very important task for God, Google’s YouTube Internet Video Outlet, my Fellow Americans, and the rest of humanity as well. If I don’t make it until Christmas and am killed before then, perhaps my Internet Martyrdom will at least partially make up for the fact that “I did not get some decent videos done”.Allen D