Posted on November 2, 2013 by SmokeMasterAllenD

Hi! How Are You Today?

Please Allow Me 2 Introduce Myself->

My Name is Allen D which is short for Allen Darman.

I am also known as SmokeMasterAllenD, and Adogg (or Adogg or ADOGG), a new nickname someone gave me and I like. 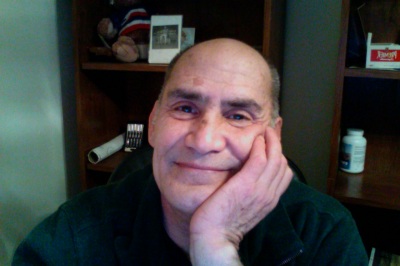 I am a Truth Soldier for God; the “little piece of God in me” also known as “my conscience”.

I am also the Leader of a Revolutionary WordPress Collaborative Patriot Movement Team that is pumping out Websites, Web Pages, and WordPress Blogs as fast as we can in an effort to help the brewing Justifiable Revolution here in the United States (and Worldwide as well!).

Our WordPress Collaborative Patriot Movement Website Development Team has been “Collaborating Intuitively With Each Other Using WordPress” over the Internet since April 2012.

“Collaborating Intuitively With Each Other Using WordPress” means that although a number of people are working together using WordPress to achieve the same ends (an Internet Woodstock or one here… and a Justifiable Revolution In America) and Worldwide as well, we are not in direct contact with each other in any way (such as email, chat, messaging, video conferencing, phone, or talking face to face).

I am the sole Author for our WordPress Collaborative Patriot Movement Website Development Team, but I admit to having more than one “intuitively collaborative editors”. These editors often “steer me” to the copy section that needs work of blogs I am working on. They sometimes also seem to “steer me” to what blogs and websites to work on. These anonymous editors from afar also tell me via a pretty obvious hint whether “I am being too wordy or not” (using too many words is a strong tendency of mine).

How did an old hippie from Utica New York, and a man really no different than anyone else, end up being some, or perhaps all, of the above?

My Story to the World got its start in April 2000.

Over thirteen years ago, I knew that I had gained a World Leading Degree of Knowledge in regard to How To Treat A State of Depression, No Matter How Mild Or How Severe, and No Matter How Longstanding.

Over thirteen years ago, I also knew that I had gained a World Leading Degree of Knowledge in regard to How To Cure both Biochemical Depression and Bipolar Disorder, No Matter How Mild Or How Severe, and No Matter How Longstanding.

Over thirteen years ago, I also knew that if I got on the Internet and Determinedly Told The World of What I Had Learned that this was almost certainly going to get me killed, because “it would cost far too many people far too much money”.

In honesty, when I thought things over back in the spring and summer of 2000, I tried to think of any possible way to escape the Destiny that Fate had given to me. No one wants to die at 47 years of age, and I was no different than anyone else.

I thought things over for months (between April 2000 and sometime in July).

My Decision Was—> I had No Choice!

I had to go up against Big Pharma! regardless of what happened to me.

Frankly, between the two choices I had, I’d rather lose my life.

Those trying to Suppress the Truth in regard to the Discoveries Underlying a Valid Natural Cure for both Depression and Bipolar Disorder (and later Schizophrenia and many other mental, addictive and degenerative illnesses too) first used hackers in order to (1) try to slow me down, (2) to try to discredit me (for when I reported such hacking few believed me), and (3) to try to intimidate me.

I have been chronically hacked and disrupted EVER SINCE I PUT My Son WILLY’S ORIGINAL ADHD/Bipolar
Recovery Story all over the Internet in June 2006.

Things got even worse for me Hacking-wise when I posted two Significant Updates to my son Willy’s >>>AMAZING<<< ADHD/Bipolar Disorder Recovery Story in the Internet in 2007 and 2009.

I am the Most Hacked Man on the Planet! No Doubt!

They should put me in the GUINNESS BOOK OF WORLD RECORDS FOR BEING HACKED SO MUCH since June 2006!

[After seven years of being hacked and disrupted on a regular basis, only in the past three months or so does this hacking seem to have finally let up. I can only hope this relief from being hacked holds up.]

It is quite apparent to me that “the American Mafia is in bed with Big Pharma”, and that “their fiscal interests are intertwined”.  More than anyone on this planet who is not associated with either Big Pharma or the Mafia, I should know this, as per the below—>

Since January 6, 2010, in regard to Murder Attempts by the Mafia thus far that have Failed, my count only stands at about 35 Failed Attempts, so I would not set the Record in this regard for the Guinness Book of Records.

A man in the Energy Invention Arena NamedAdam Trombly has me Beat, as according to his count he has survived 54 murder attempts! (from some party that is apparently unknown to him).

I am sure glad that I am Number 2 to Adam Trombly!—> Who would want to have any more attempts to take their life?

It is now November 1, 2013.  At this point in time, I am no longer worried about any murder attempts.

If those wanting to kill me continue on their quest, and succeed in doing so, so be it.

I am no longer worried about dying, because the many lessons that I had to teach America and the World about (1) natural cures, (2) mental and physical health recovery, (3) alternative medical suppression, (4) energy invention suppression, (5) 9/11 truth suppression, (6) federal government suppression of truth, and (7) some significant conceptualization regarding e-Government were all—>

“Adequately Received” by many Smart and Very Capable people in Silicon Valley that are involved in the Computer Software, the Computer Hardware, and/or the Internet Industry in some way.

These Lessons that I Had To Give America and the World Were Received By People That Will Ensure That They Will Never Be Forgotten—> Thanks to People that work for, manage, and/or partially own companies such as Google, Facebook, WordPress, etc.

I am the Happiest man Alive! that’s No Lie!

Nobody Would Ever Dream that they would ever get this farvs. Big Pharma, the American Mafia and the U.S. Government!

Google Corporate, Facebook Corporate, Automattic (the company underlying WordPress), Mark Jaquith and the rest of my heroic WordPress Collaborative Internet Team, Apple (I love my iMac!), etc. WE DID IT!—>

We have developed “a Winning Hand” against All of the Suppressors of Truth, it seems!

The American Mafia Would be Wise to “Switch Sides” and Work With Us.  (We Need Them, and They Need Us, whether this is apparent to all parties concerned yet or not.)

It is pointless to buy 2 billion bullets in preparation for an Inevitable Justifiable Revolution in America.

Any blood spilled trying to prop up a corrupt Corporate Controlled U.S. Government will have substantial and severe repercussions against those persons that were responsible for such.

The corrupt U.S. Government Should Give Up!

The United States Government would be wise to begin negotiations with “Us”, once “We” get on the same page via a process of negotiation that should commence soon. (“Us” and “We” being Silicon Valley and the American Mafia, assuming that the American Mafia Wisely Switches Sides.)

Shutting Down or Heavily Censoring the Internet will not work as a defense. Silicon Valley has too many Smart Folks, and “they have almost certainly prepared for this”.

The Growth, and Soon To Be Exponential Growth, of the Patriot Movement in America cannot be stopped, no matter how hard the federal government or anyone else tries to do so.

War Benefits Nobody. Why Start a War that You Can Not Win?

Let’s All Remain Calm, Cool, and Collected—> and begin to Talk Things Out.

Lastly, if you were to have to “Choose Sides” (as the American Mafia does in the near future), I sure would not want to bet against the exponentially growing Patriot Movement in America. (Some even say that “It is exploding”.)

And Heroic Help from our
San Francisco Hippie Gang of

( See Link Above For More.)

5) A House For WordPress Patriot Activists Should Be Philanthropically Established

My name is Allen Darman aka NutrientsCure, Allen D, and SmokeMasterAllenD.

I should have been dead a long time ago as many attempts as there have been to kill me since January 2010.

I am the Happiest man Alive sometimes! Because I Am Still Alive to Fight for Alternative Medical Discovery Truths and Other Very Important Truths that Need to Be Heard Worldwide!

I am a sixty one year old hippie that still likes his “420 chill time”, and to laugh a lot.  I am honest, funny, and full of love.  Highly intelligent (my parents genes), but humble before God too.

I feel deeply honored that My WordPress Team Members >>>Voluntarily Joined My Educational Efforts Via the Internet Despite the Great Personal Risks Involved.<<<  (I Pledge To Always Do My Very Best! to deserve my heroic WordPress Team’s Collaboration and Support.)

I could not have a Better WordPress Collaborative Team! They have heroically stuck with me through thick and thin for over 16 months now. (My WordPress Team Members deserve the Highest Honor that both America and the World could bestow upon them… not only for what they have already done, but for what they are still doing today.)

Without a significant portion of the upper echelon of Silicon Valley management-wise becoming aware of us, it is likely that many of us would be dead today.

My WordPress Team Members and myself cannot thank whomever in Silicon Valley is being supportive of our WordPress Collaborative Team enough.

6) Checkmate! The FedGov And Other Suppressors Of Truth Have Lost The Game Against the People It Seems!

← A Great Article About The Dysfunctional Federal Government In The U.S.
A Complex Battle IS NOW UNDERWAY!; The Future Of The World Is At Stake! →